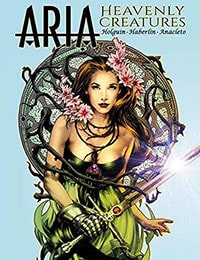 Lady Kildare, expatriate princess of Faerie, is living a life of aristocratic decadence among Victorian London''s social elite. One night, while slumming among the city''s notorious underbelly, Kildare and her companions come across an illicit underground sideshow boasting Creation''s Most Wondrous and Perverse Curiosities. The centerpiece of this bizarre menagerie? A genuine angel held in captivity! This sets the stage for an unlikely alliance and the beginning of an unforgettable tale of mystery, adventure, and retribution. PREVIOUSLY PUBLISHED IN 2000 UNDER A DIFFERENT TITLE.