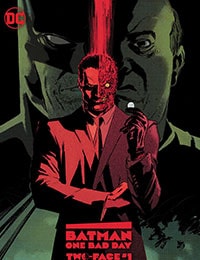 Two-Face has always been viewed as Batman''s most tragic villain. If only Harvey Dent hadn''t been scarred by acid, he could have continued his good work as D.A. in Gotham City and been Batman''s greatest ally and friend... right? Or has Batman extended Harvey Dent too much grace in his multiple attempts at reform?