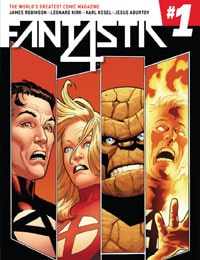 The world''s greatest comics magazine begins anew with Marvel''s First Family, the Fantastic Four! But as the brilliant MR. FANTASTIC, the compassionate INVISIBLE WOMAN, the ever lovin'' THING & the hot-headed HUMAN TORCH embark on a strange mission, they aren''t met with new beginnings, but an untimely end! As the family of cosmic explorers head towards their darkest hour, who could possibly be behind their downfall? And how is one of their oldest enemies, the sadistic dragon known as Fing-Fang-Foom involved? Prepare for the fantastic!