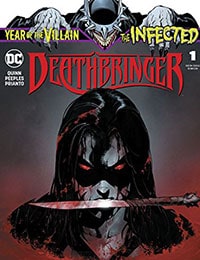 Donna Troy is a hero. She fought alongside friends, led the Titans into battle, and buried more friends in the line of duty than she cares to remember. She''s strong, she''s brave, she''s one of the fiercest warriors on the planet...and she''s the Batman Who Laughs'' next target for infection! Spinning out of the events of The Batman Who Laughs and Batman/Superman comes the story of a hero who is done with bringing peace to a world that cannot be trusted with it. A woman who''s past has been her greatest adversary, and whose newly awakened dark side is ready to burn it all down and forge a new destiny. No more peace. Only... Deathbringer!