The Man Who Grew His Beard 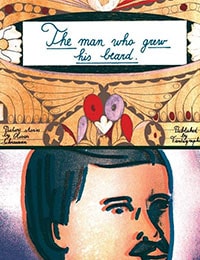 The Man Who Grew His Beard


Alternate name:
The Man Who Grew His Beard 2014

The Man Who Grew His Beard is Belgian cartoonist Olivier Schrauwen''s first American book after having staked a reputation as one of Europe''s most talented storytellers. It collects seven short stories, each a head-spinning display of craft and storytelling that mixes early twentieth-century comics influences like Winsor McCay with a thoroughly contemporary voice that provokes and entertains with subversively surreal humor and subtle criticism of twentieth-century tropes and images. The stories themselves, though each stands alone, are intertwined thematically, offering peeks into the minds of semi-autistic, achingly isolated men and their feverish inner worlds and how they interact and contrast with their real environment. Though Schrauwen taps surrealist or absurdist impulses in his work, you will not read a more careful and precise collection of stories this year. The stories included are: Hair Types, a hilarious piece that on the surface explores the pseudoscientific classification of personality as a function of hair but becomes something more akin to a fable about self-fulfilling prophecy; Chromo Congo, a silent story about two men on safari who meet a corpulent and obnoxious hunter; as well as The Task, The Man Who Grew His Beard, The Lock, The Cave, and The Imaginist.