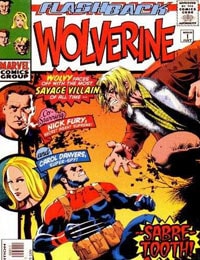 The story begins with Logan talking to James and Heather Hudson at a time before he became an X-Man. They tell Logan that they have made an appointment for him with the doctor that invented the adamantium alloy. He goes there searching for answers about his adamantium skeleton and missing memories. When Logan gets there, what he finds instead are various spies and assassins there waiting for him, including Sabretooth, HYDRA, Nick Fury, and Carol Danvers. They have all tracked down Logan to either intercept him or kill him. Logan, unnerved that some of these strangers appear to know him, must fight off those that would do him harm, and help those that appear to be his allies, though he has no memory of any of them.